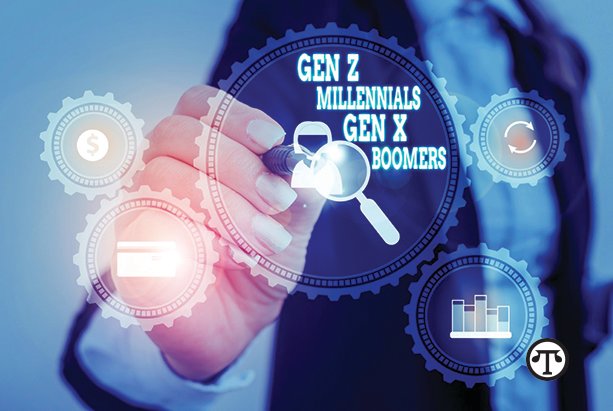 Across all generations, willingness to use biometrics can help protect computer information.
Posted Tuesday, October 25, 2022 10:29 am

(NAPSI)—Most people are well aware of the shortcomings of passwords. Generally, they just don’t deliver the level of security and convenience you expect. They can be weak, prone to theft and loss, and just a major source of frustration.

In fact, a recent Aware study suggests these levels of frustration have hit a whole new threshold. Uniformly across age demographics, research shows that around 30 percent of users are incredibly frustrated when they have to undergo a password reset process. And, while people of all ages are similarly irritated with the length and complexity requirements of passwords, those in the “rush hour of life,” generally considered to be 25-45, report higher levels of frustration than any other age group.

This study also reveals some interesting generational differences with regards to acceptance of new authentication options such as biometrics. Compared to members of the Baby Boomer generation, millennials and respondents in generations X and Z, are more than twice as likely to be comfortable adopting biometrics. The younger respondents were, the more willing they would be to implement facial recognition to protect their accounts; almost double the number of 18-to-24-year-olds indicated a willingness to use the technology compared to Baby Boomers.

Despite these differences, people as a whole seem receptive to using biometric authentication. Over half, regardless of age bracket, said they’d replace passwords with biometrics for activities such as ecommerce, online banking and social media. Almost half of respondents said they’d also do so for online government services. Additionally, across all age brackets, the majority of users said the ability to sign up for a new service with their biometric identity made them more likely to use that service.

So what’s it going to take to get everyone to do away with outdated passwords and get on board with biometrics? Public education goes a long way; it’s important to ensure that every generation understands the benefits and protections around this kind of data, especially as biometric security becomes more and more commonplace. In many cases, biometric data is deleted within milliseconds after being used. Even in cases where it’s stored, images are broken down into bits so small that hackers wouldn’t be able to make a composite image to access personal information. And, of course, commercial services can’t use your biometrics without consent.

While there aren’t many issues that can prompt agreement over generational divides, it’s pretty clear that passwords are a universal source of frustration. It’s hoped as data indicates, those frustrations will subside as biometric authentication becomes a more popular and convenient option.