From stress relief to managing depression: 10 ways swimming can do wonders for your mind and body

Physical activity keeps your body fit and your mind clear. Dolphin Pools looked at research from studies around the world that show the number of ways swimming benefits your body and mind. 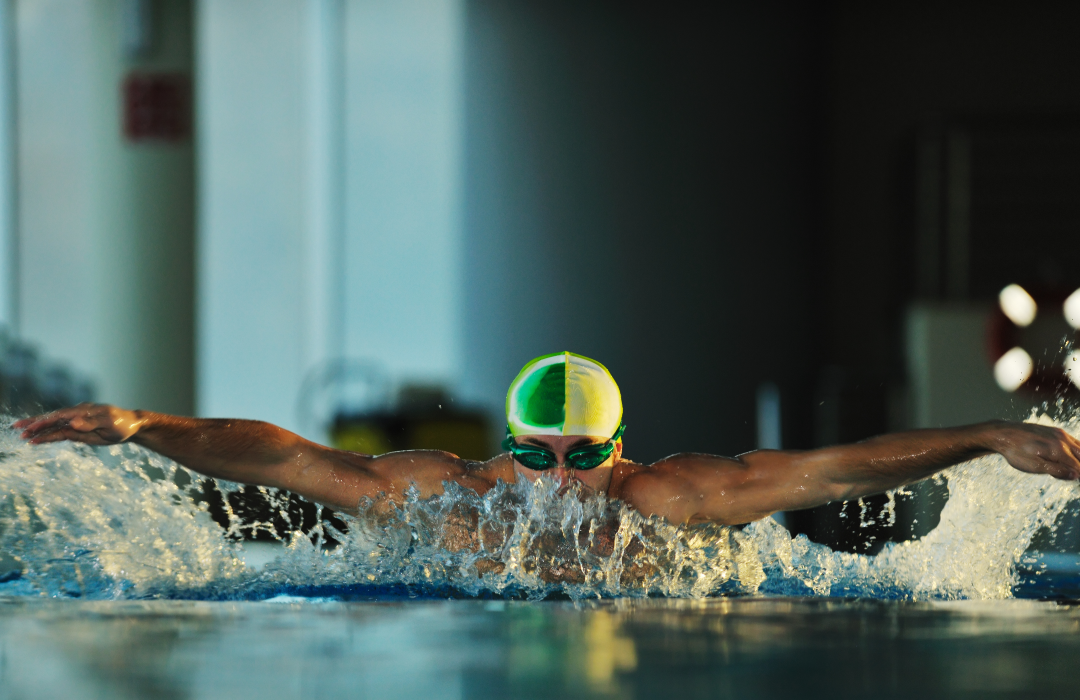 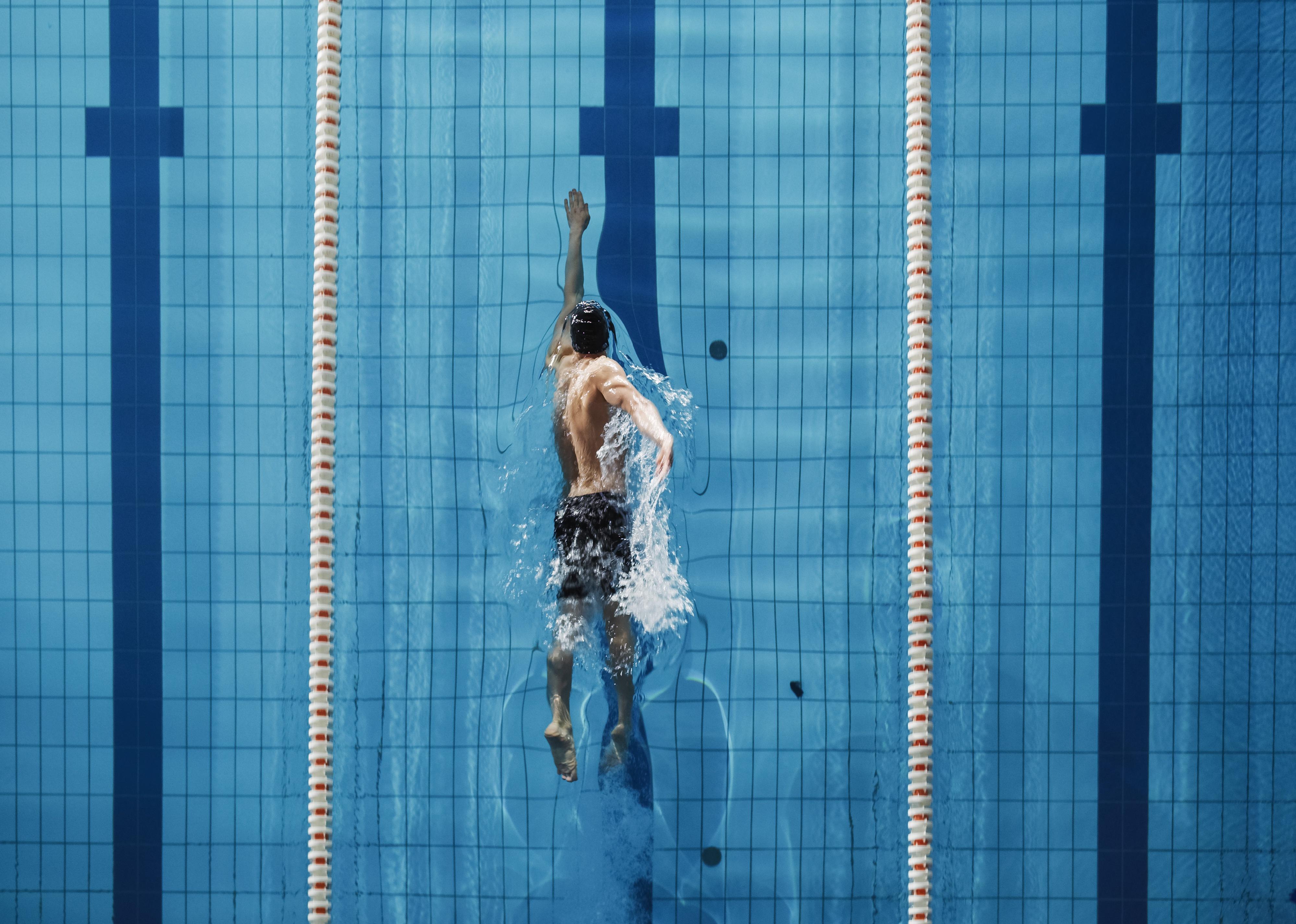 Physical activity strengthens your cardiovascular and musculoskeletal systems and can improve your mood, and relieve depression. It also boosts the quality of your sleep, increasing energy levels. Those who exercise regularly have a reduced risk of common cancers, including breast and colon cancer.

Swimming provides the benefits of physical activity while putting less stress on your joints. This activity works your major muscle groups, and because it is a low-impact form of exercise, those with arthritis or joint pain may want to make swimming their workout of choice.

In a 2022 study of adults with lower back pain, participants who completed a three-month aquatic exercise program reported less pain and a better quality of life than those who completed a standard physical therapy regimen. These long-term benefits lasted up to a year.

Dolphin Pools compiled a list of ways swimming as exercise can improve overall health. Read on to learn more about this activity's benefits on your mind and body.

Swimming can help lower your cholesterol and blood sugar (glucose) levels, reduce your blood pressure, and burn fat—measurements that provide insight into your health.

In a small study published in 2021, a 16-week regimen of swimming for two hours three times per week improved metabolic syndrome risk factors in adults with Type 2 diabetes and hypertension. The participants in the swimming group had significant improvement after 16 weeks in their total cholesterol, high-density lipoprotein cholesterol, low-density lipoprotein cholesterol, triglycerides, and blood glucose levels compared to those in the control group, who maintained their regular lifestyle. The swimming group also lowered their systolic and diastolic blood pressure, body mass index, and percentage of body fat at the end of the study period.

In another small study conducted in 1997, previously sedentary men and women with mild to moderate hypertension participated in a swimming program, which resulted in participants showing a lower resting heart rate and lower systolic blood pressure at the end of 10 weeks. No changes in resting heart rate or blood pressure were seen in the control group, who did not exercise. 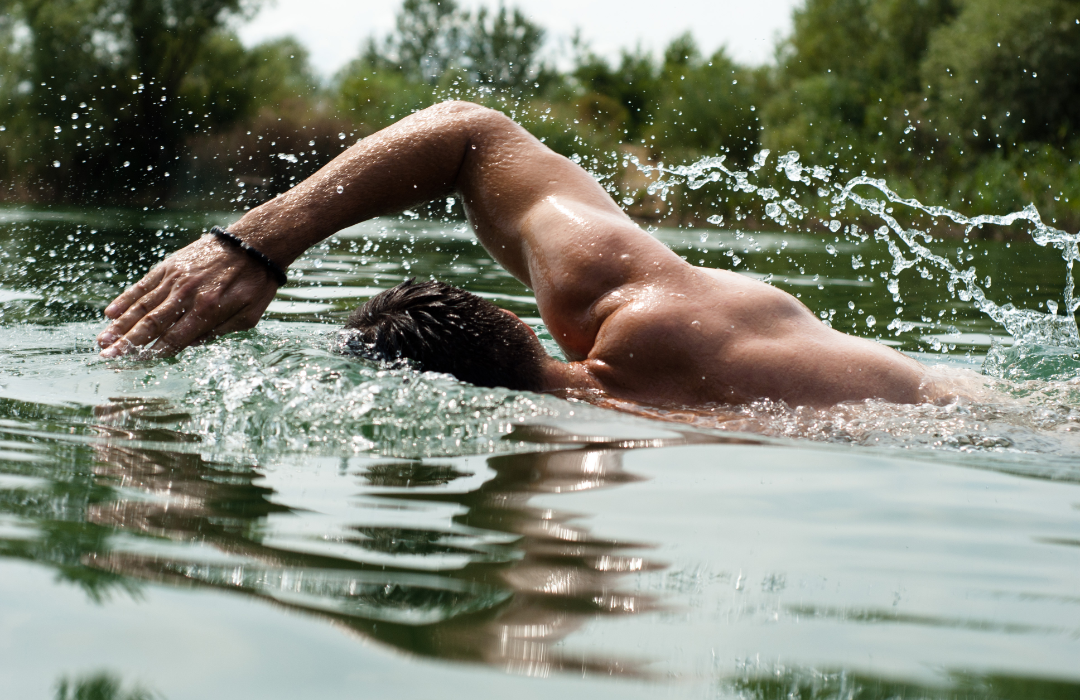 Swimming is a cardio workout that raises your heart rate, improves circulation, and strengthens your heart muscle.

In a 2017 study that followed participants for 20 years, those who swam regularly lowered their risk of death from cardiovascular disease by 41%. And because your body is horizontal in the water, more blood flows back to your heart when you swim, rather than pooling in your legs as it does during land-based forms of cardio exercise. 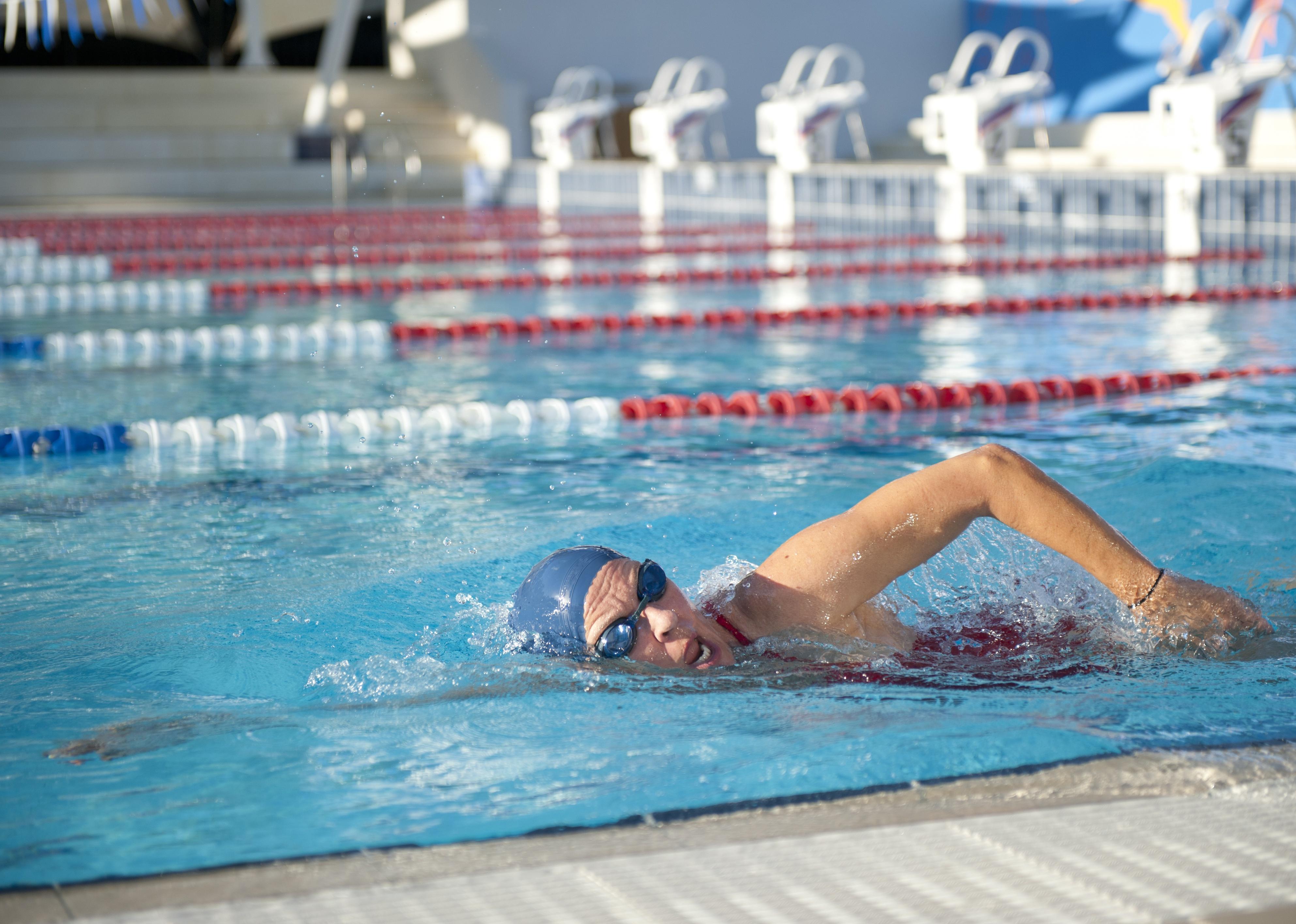 Swimming is a low-impact way to work all your major muscle groups. However, it is important to use the most comfortable swimming stroke for your joints. 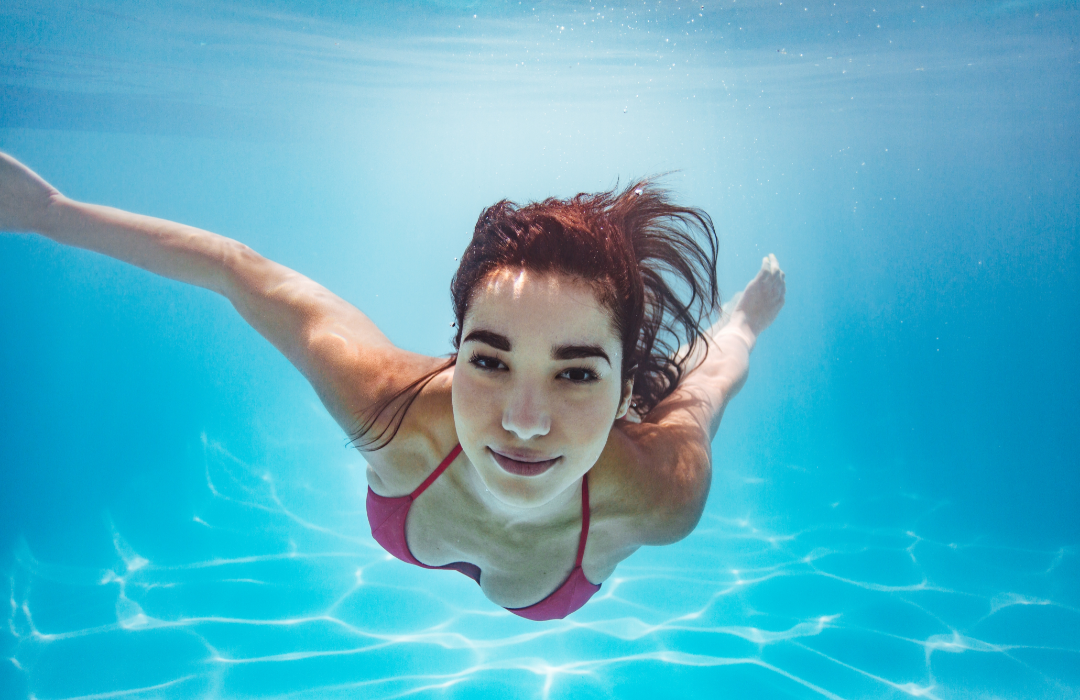 When you exercise, your brain releases endorphins, hormones that can reduce stress and anxiety and improve mood. Both anecdotal and peer-reviewed research have shown that swimming can improve depressive symptoms, mood, and overall well-being.

For example, in a 2020 study published in Lifestyle Medicine, researchers found that participants who completed 10 weeks of outdoor swimming experienced both acute and chronic positive mood increases and improved well-being compared to the control group that did not swim. Similarly, in a case study published in 2018 in the British Medical Journal, a 24-year-old woman with major depressive disorder and anxiety reported a significantly improved mood after a weekly session of cold water swimming—along with a gradual and lasting improvement in depressive symptoms.

More research needs to be done to explain the exact mechanisms that make swimming effective in improving mood, but it's an activity worth trying, nonetheless. 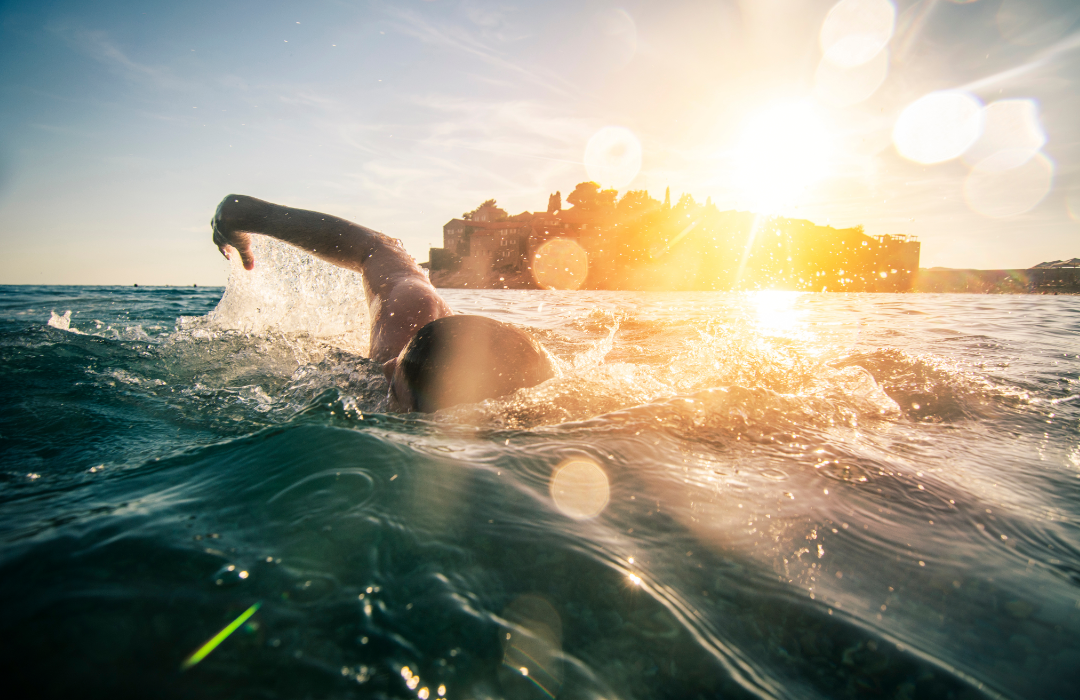 Studies have shown that aerobic exercises—including swimming—can improve the quality of your sleep. Although researchers are not sure how precisely exercise improves sleep, they know that it improves how much slow-wave or deep sleep you get.

Slow-wave sleep gives your body and brain the opportunity to rejuvenate. An Australian study published in 2017 found that significantly fewer pregnant women who participated in a 17-week water exercise program reported poor-quality sleep than those who did not participate in the program. 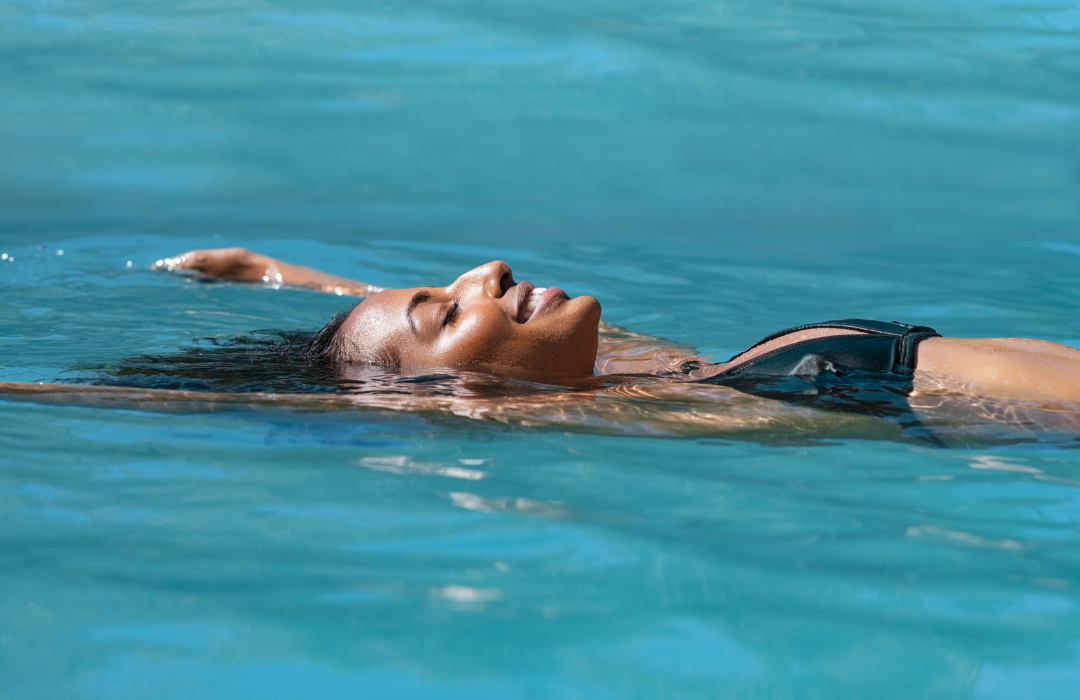 During exercise, the pituitary gland and hypothalamus in your brain release endorphins, hormones that can improve mood. In a 1992 study, college students who did yoga or swam reported decreased feelings of tension, confusion, anger, and depression than those in the control group who attended a lecture.

The researchers said the fact that those who did yoga reported similar mood benefits as those who swam suggests that both aerobic and anaerobic exercise can benefit mood.

Improves quality of life for seniors who struggle with daily activities 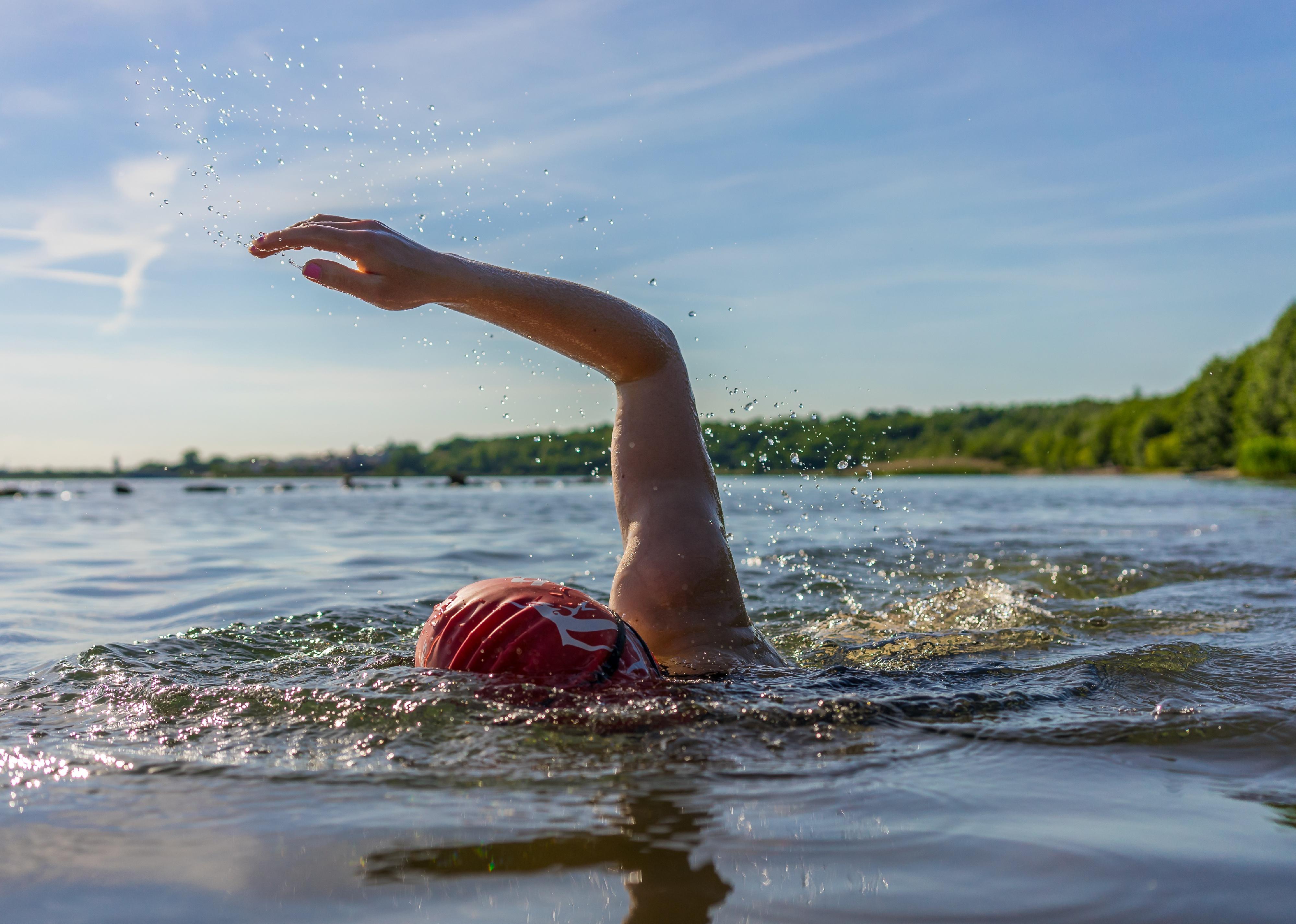 In a 2016 study published in the International Journal of Aquatic Research and Education, 26 Japanese women, all over the age of 70, participated in water exercises for 60 minutes three times per week for a 12-week period.

Results demonstrated that the water exercise regimen improved functional fitness and balance measures in activities of daily living, or ADLs, which are tasks a person needs to be able to perform in order to live independently and satisfy their daily needs. Improved quality of life was attributed to an ability to perform ADLs and better exercise habits. 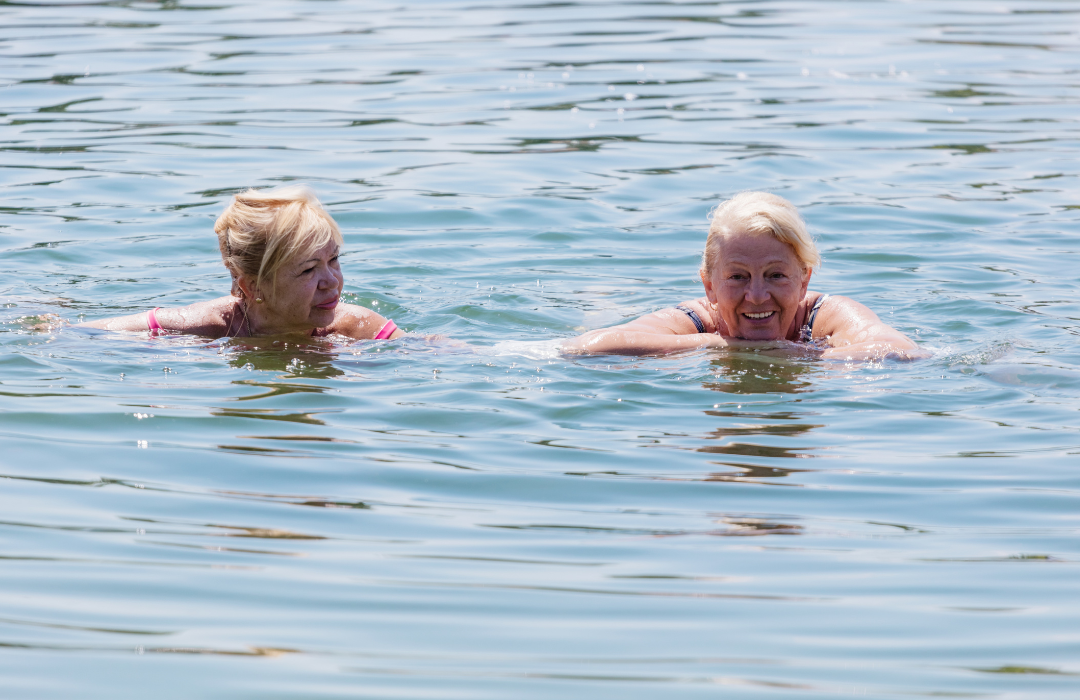 In a small Israeli study published in 2008, postmenopausal women who swam for one hour three times a week either maintained or showed an improvement in bone mineral density after seven months. However, participants in the control group, who did not exercise, showed a decline in bone density. 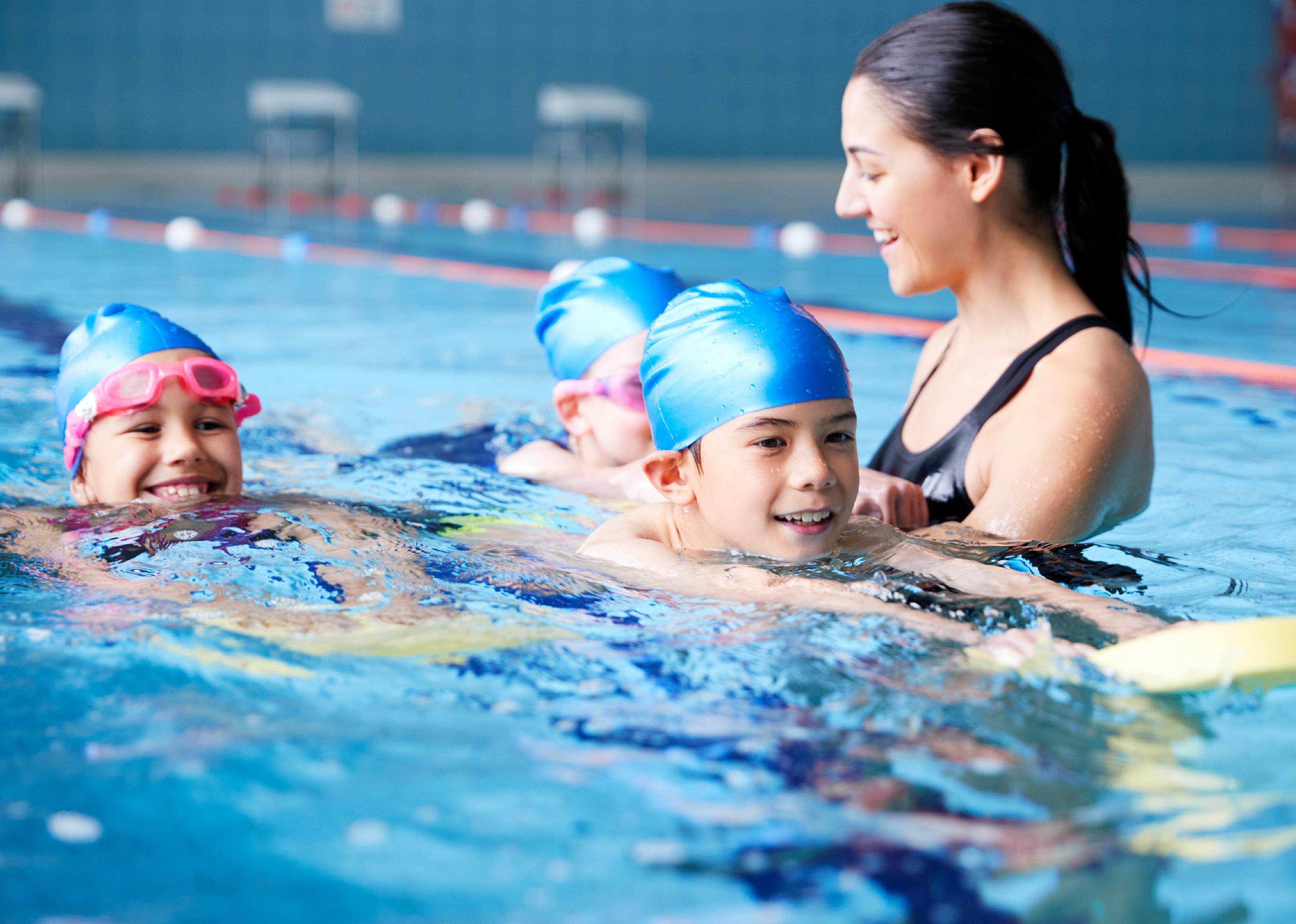 Exercise can improve cognitive function and social skills and build self-esteem. One 10-week swimming program improved the swimming skills of boys with autism spectrum disorders while improving their behavior toward others. The researchers said that, based on their findings, swimming programs have the potential to help children improve their social skills.

Another study, an independent report commissioned by the U.K.'s governing body for swimming, found that children who regularly take part in swimming lessons develop social skills more quickly than those who do not.

A cardiovascular workout like swimming can improve memory by triggering transient changes in brain function. And exercising regularly over an extended period of time has cumulative effects on the size of the hippocampus, part of the brain responsible for memory processing. Exercises like swimming also improve cognitive function.

A small Tunisian study of children diagnosed with attention-deficit/hyperactivity disorder (ADHD) found that those assigned to a swimming program had improved memory, better impulse control, and a longer attention span compared to those who did not exercise. The researchers said their findings provide preliminary evidence supporting the use of recreational exercise programs as an alternative intervention for children with ADHD.

This story originally appeared on Dolphin Pools and was produced and distributed in partnership with Stacker Studio.