The fascinating history of the modern calculator

Gigacalculator compiled a list of important events throughout the history of the modern calculator using historical and news sources. 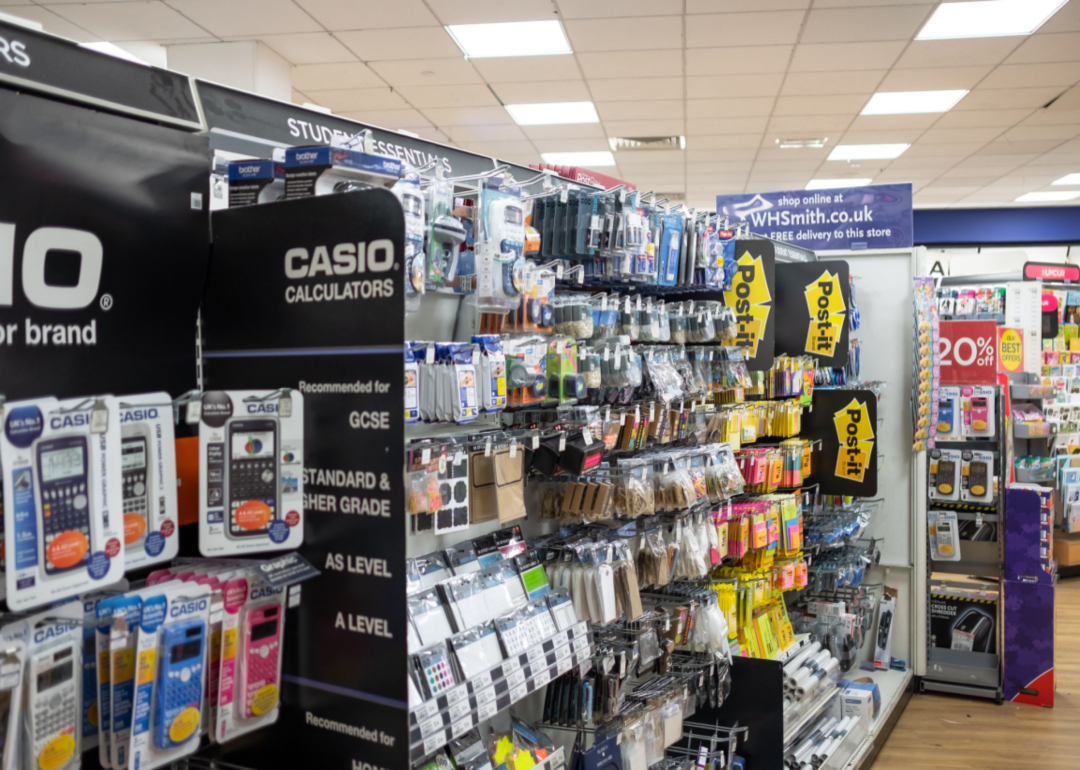 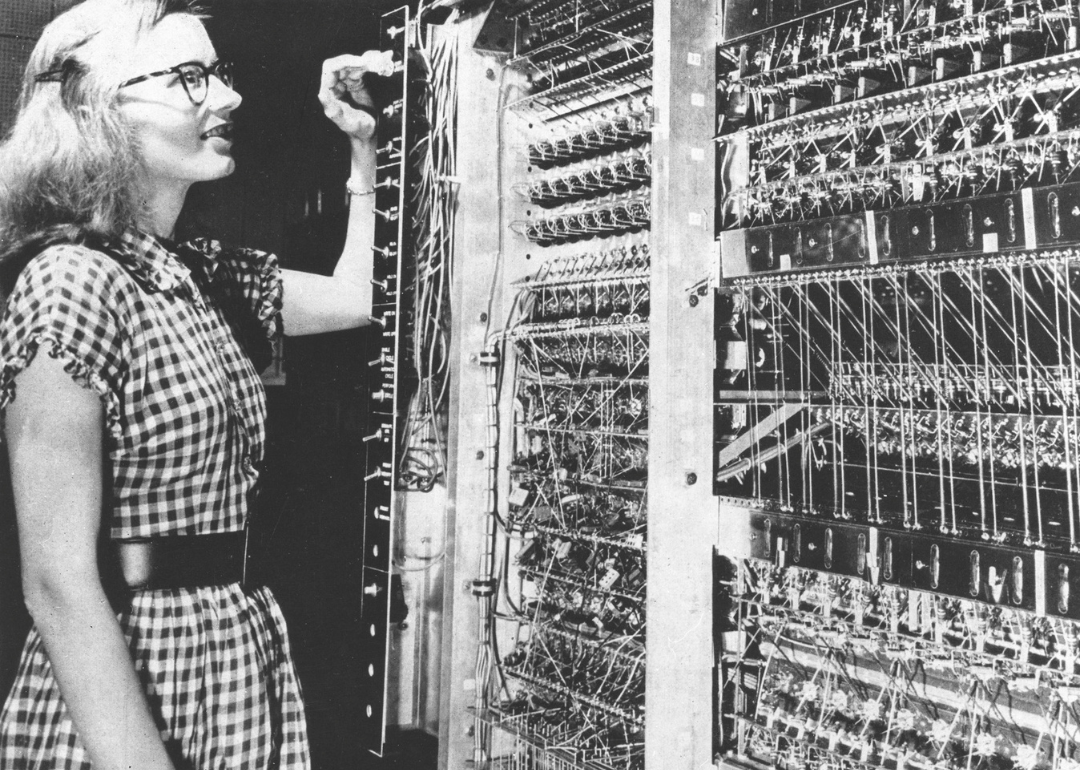 Though we may not think about it, math and calculations permeate our everyday lives. We calculate tips at restaurants, determine how much money a grocery store coupon will save us, and compute how much our online purchases will cost including tax and shipping. Some do these calculations in their head or by hand, but many of us have the instinct to reach for a calculator, whether it's online or on our phone.

Long before people were walking around with supercomputers in their pockets, humans were running into the problem of calculating values quickly and accurately. Prior to all the devices developed for this purpose, people would use their fingers and toes to count. When that wasn't enough, they began counting with small objects like shells, seeds, or pebbles. Eventually, those methods also became too tedious or unsustainable, particularly for conducting trade, so inventors and mathematicians began developing new ways to count and calculate.

To explore the storied development of counting devices, Gigacalculator compiled a list of important events throughout the history of the modern calculator using historical and news sources. Read on to see how many of these scientific and mathematical breakthroughs you recognise.

2500 BC: The abacus is invented in ancient Sumeria 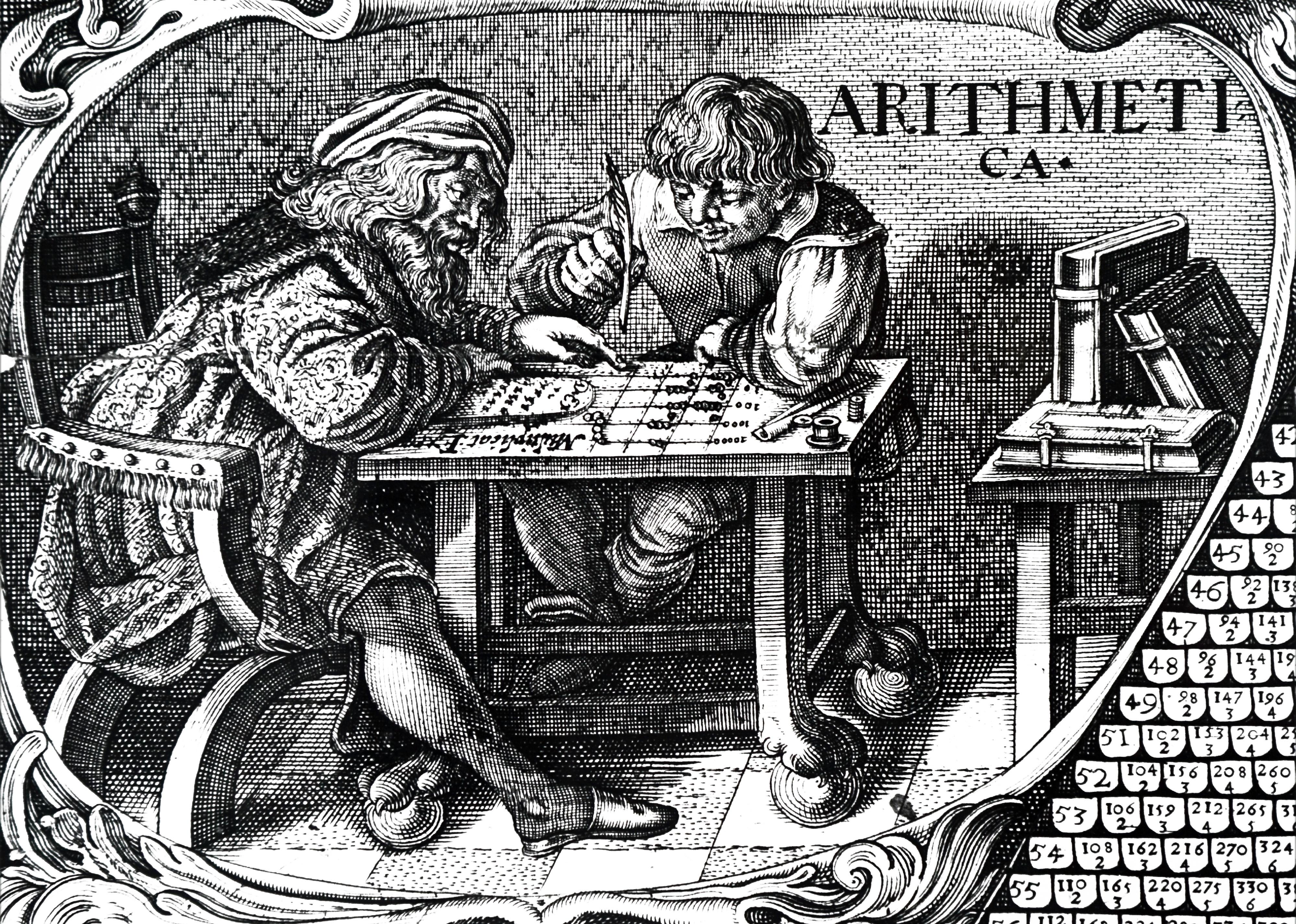 1617: "Napier's Bones" are invented by a mathematician in Scotland 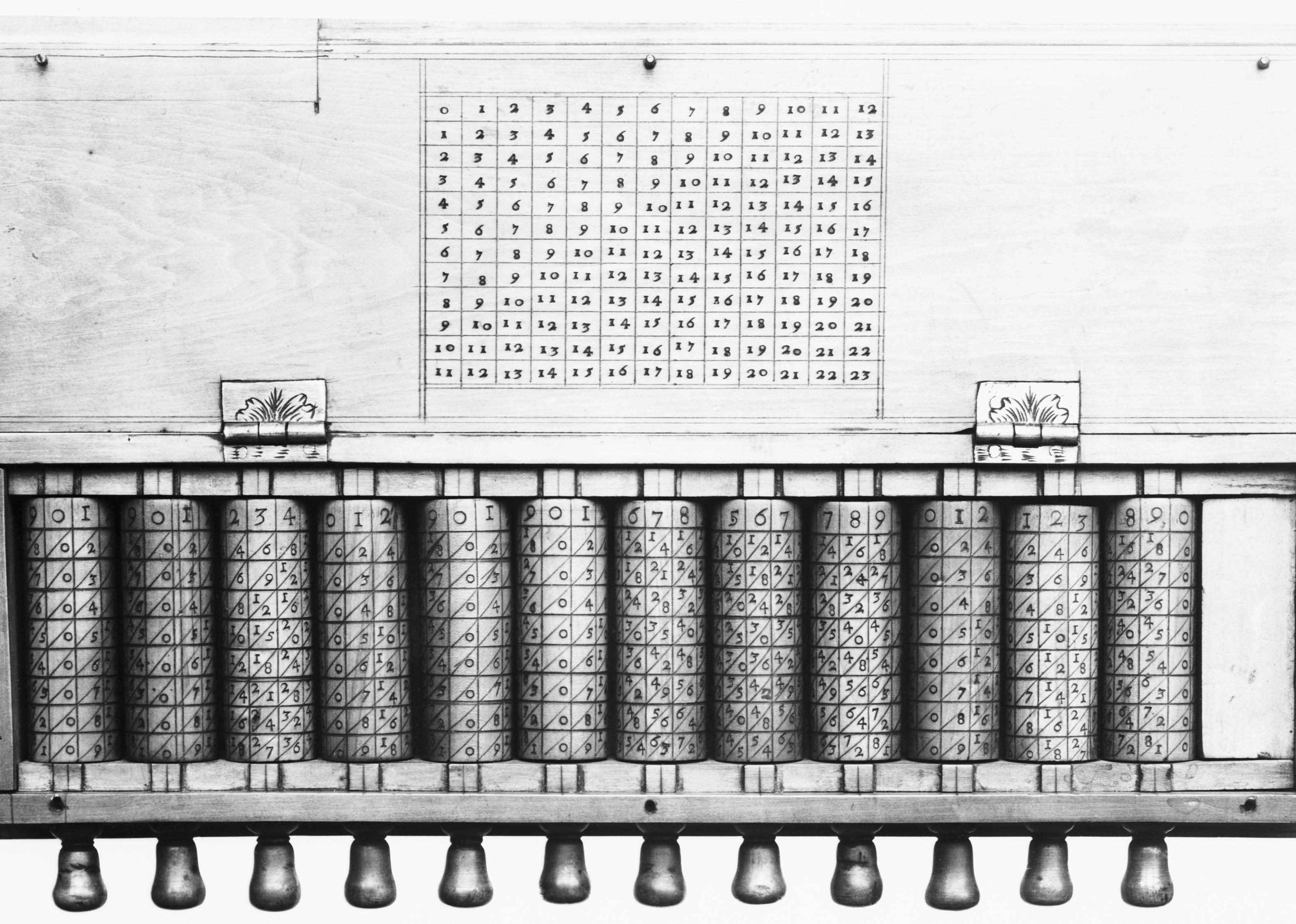 John Napier, a Renaissance scholar, was born in Edinburgh, Scotland. His life's work spanned multiple topics, but he is best known for his advances in mathematics that made calculations more efficient. He developed both the concept of logarithms as well as a calculation tool that used vertical "bones" or "rods" to allow the user to multiply and divide numbers and was especially useful for repetitive calculations.

1623: The first adding machine is invented 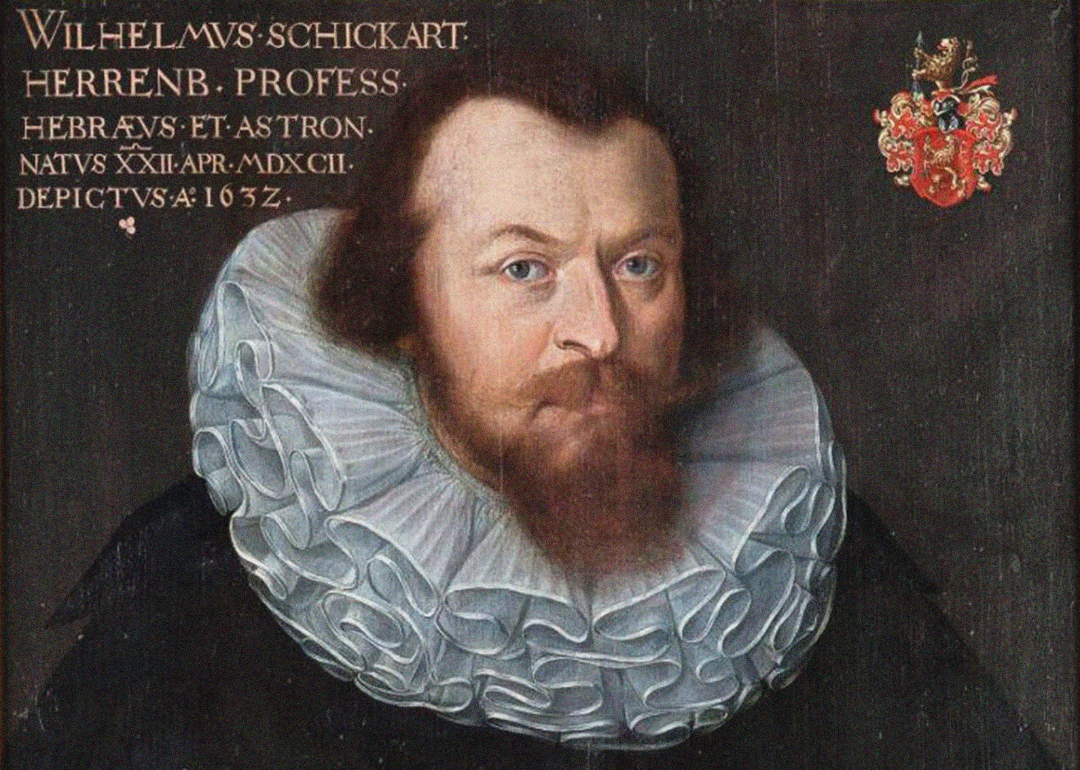 The "calculating clock" was developed by German astronomer Wilhelm Schickard and first described in detail to his colleague Johannes Kepler in a 1623 letter. The letter reveals that the prototype and original machine were built, but tragically destroyed in a fire. This setback meant that the "calculating clock" wasn't presented publicly until 1628. 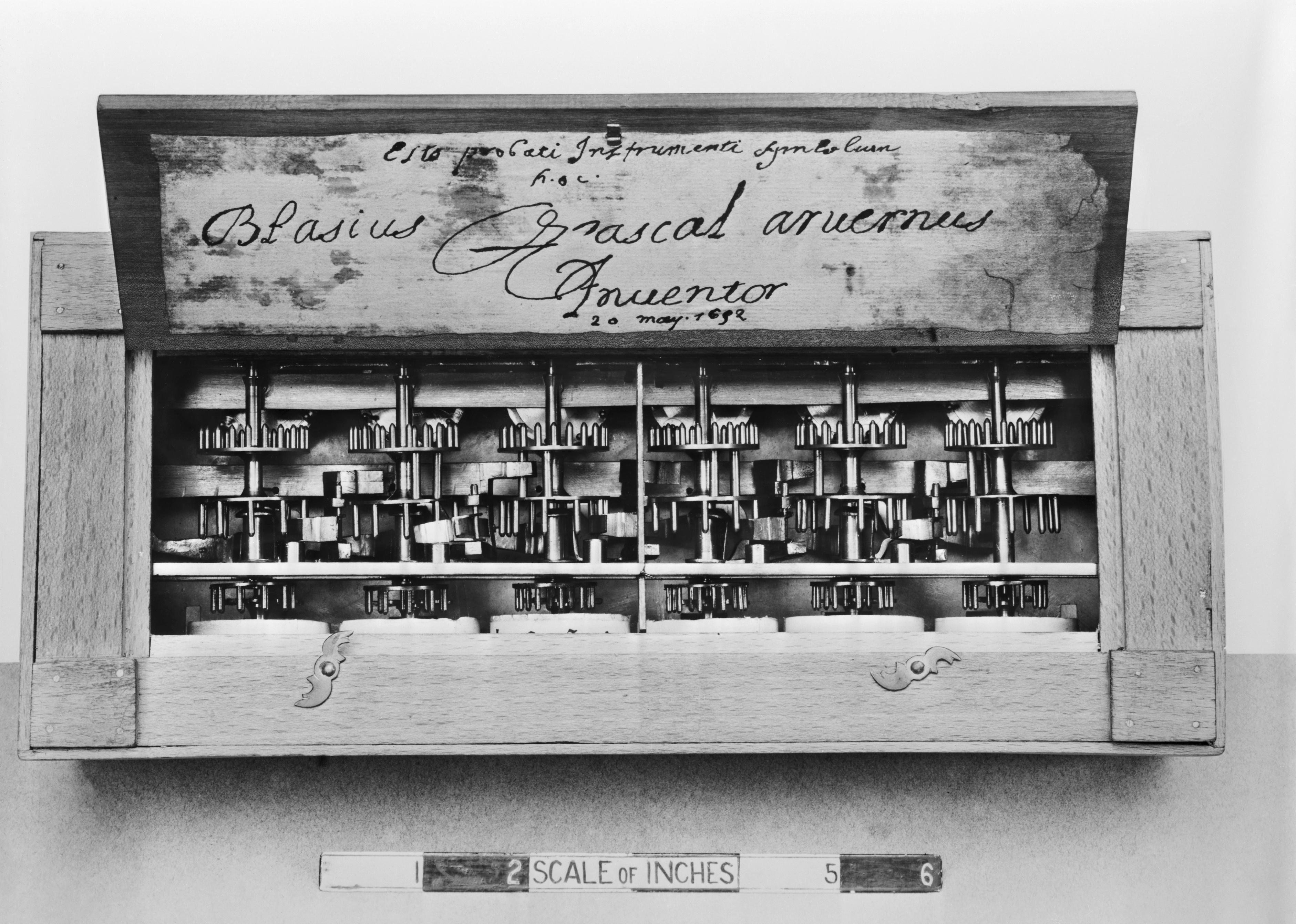 Blaise Pascal was considered a young prodigy in France and grew up in a mathematically-inclined household as the son of a tax calculator. Pascal's father often spent long days completing tedious and repetitive calculations, so Pascal invented the Pascaline to speed up the process of adding, subtracting, multiplying, and dividing numbers. The machine was metal and consisted of a series of spoked wheels, which were turned with a stylus, similarly to a rotary phone, to complete calculations. 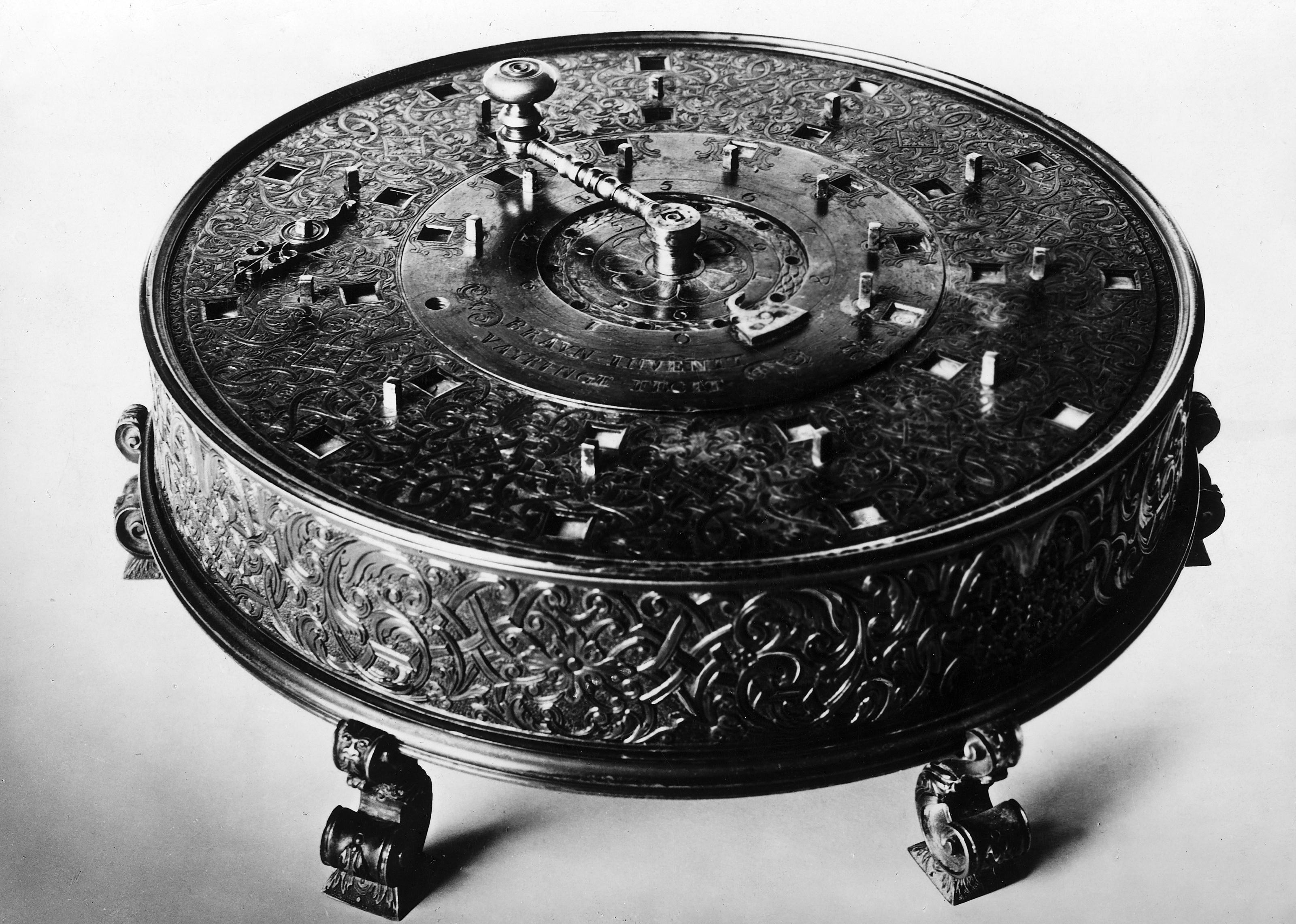 Though his primary profession was as a clergyman, Hahn spent his time outside the church building various clocks and astrological machines. The machines required a great deal of precise calculations to ensure they measured and kept time properly; however, Hahn was prone to mistakes and often had to start projects over due to error. After becoming frustrated with his projects one too many times, he resolved to create a "calculating machine," which operated by inputting digits and turning a single crank. 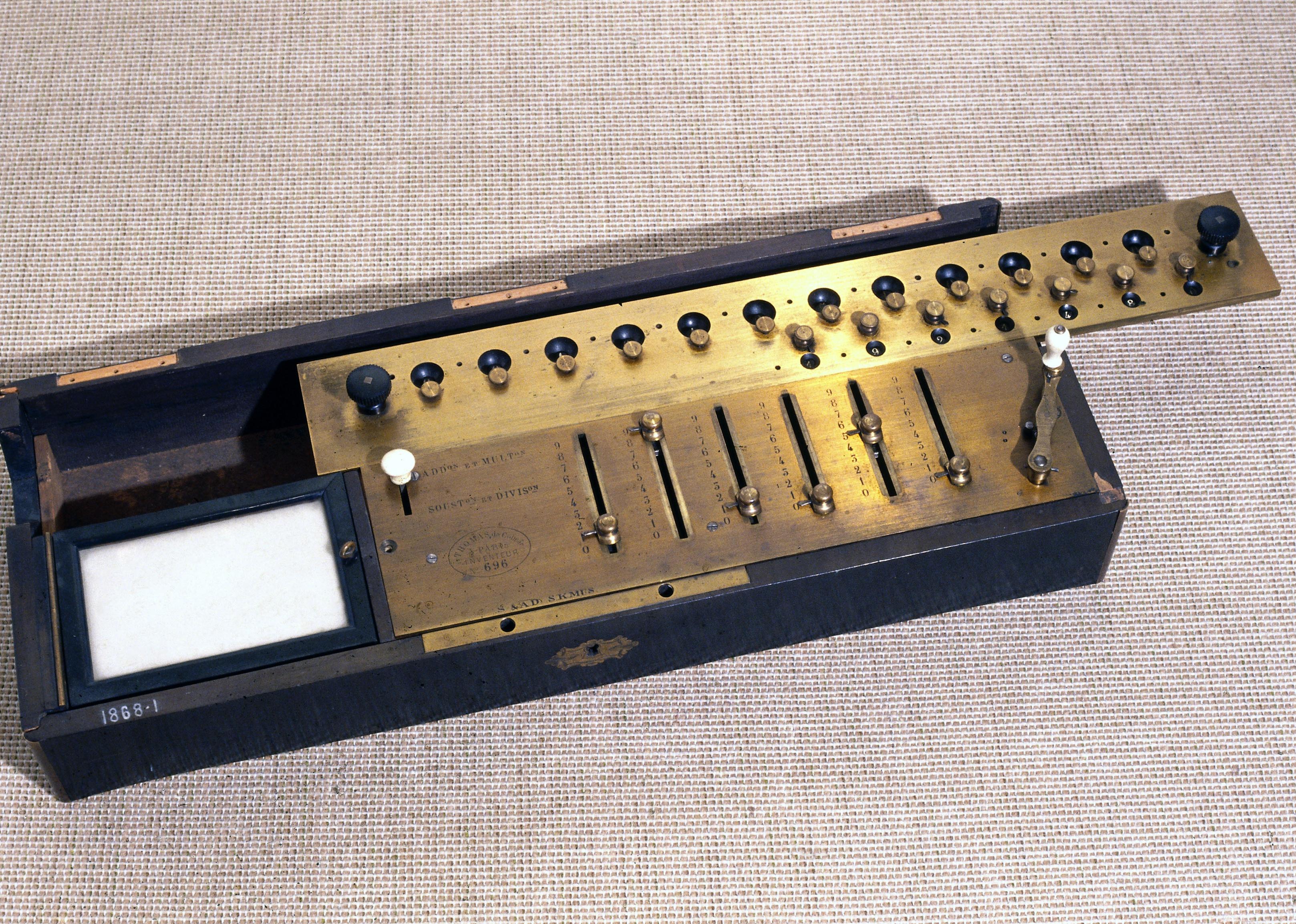 The Arithrometer began production in the 17th century after being developed by Charles Xavier Thomas de Colmar and was so popular that it was manufactured well into the 20th century. Thomas was almost immediately recognised for the importance of his invention and gained fame and fortune in response. A wood box with metal mechanisms inside, the Arithrometer could complete all four basic calculations and was even used during World War I. 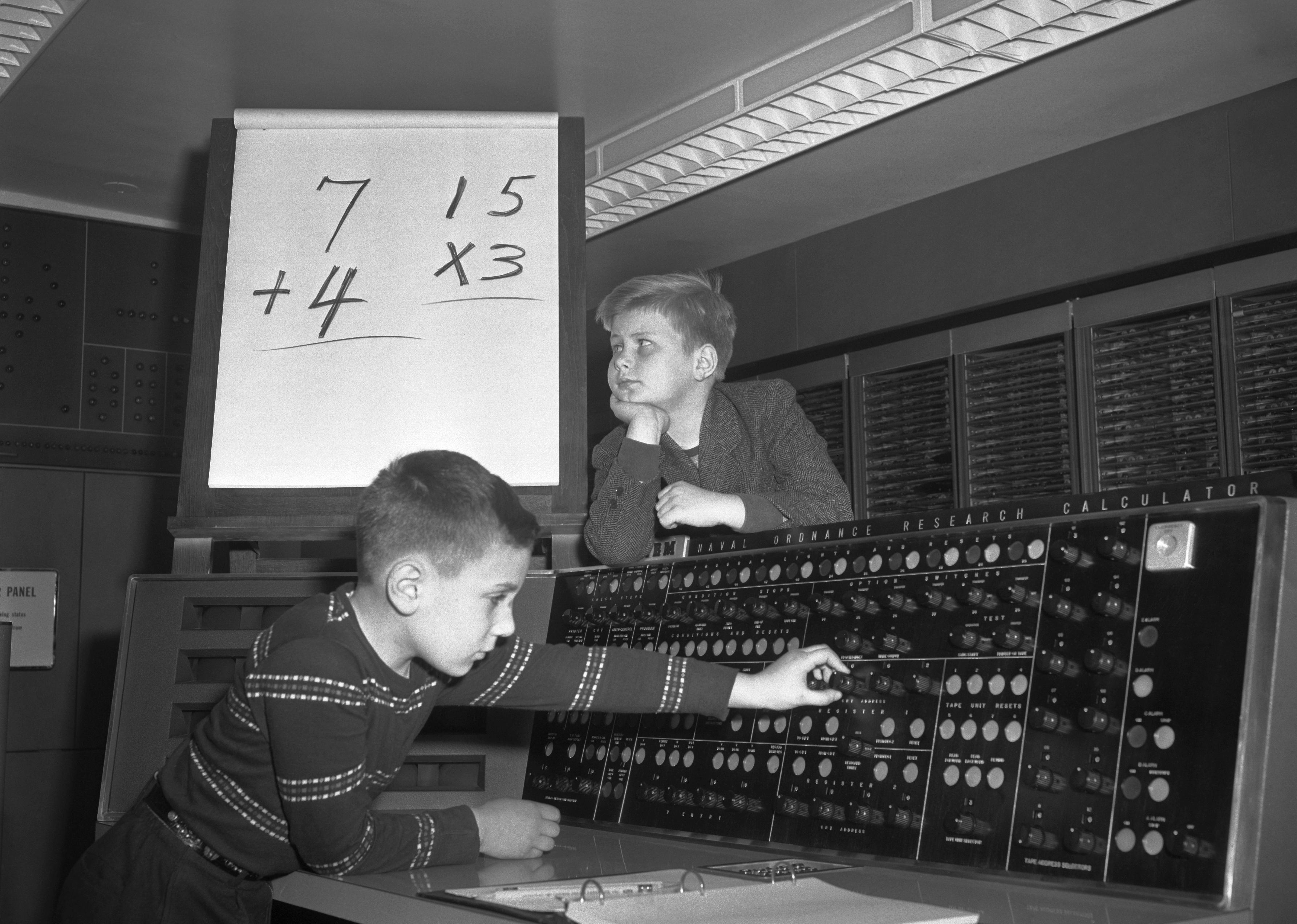 Prior to the IBM 608 calculator, calculators could fill multiple rooms because they were constructed using a system of vacuum tubes. The 608 reduced the space needed to house a calculator by half and reduced power usage by 90%. Though the 608 more than doubled the speed of calculations over its predecessor (the 607), it cost a pretty penny to buy at $83,210, or monthly rental payments of $1,760. 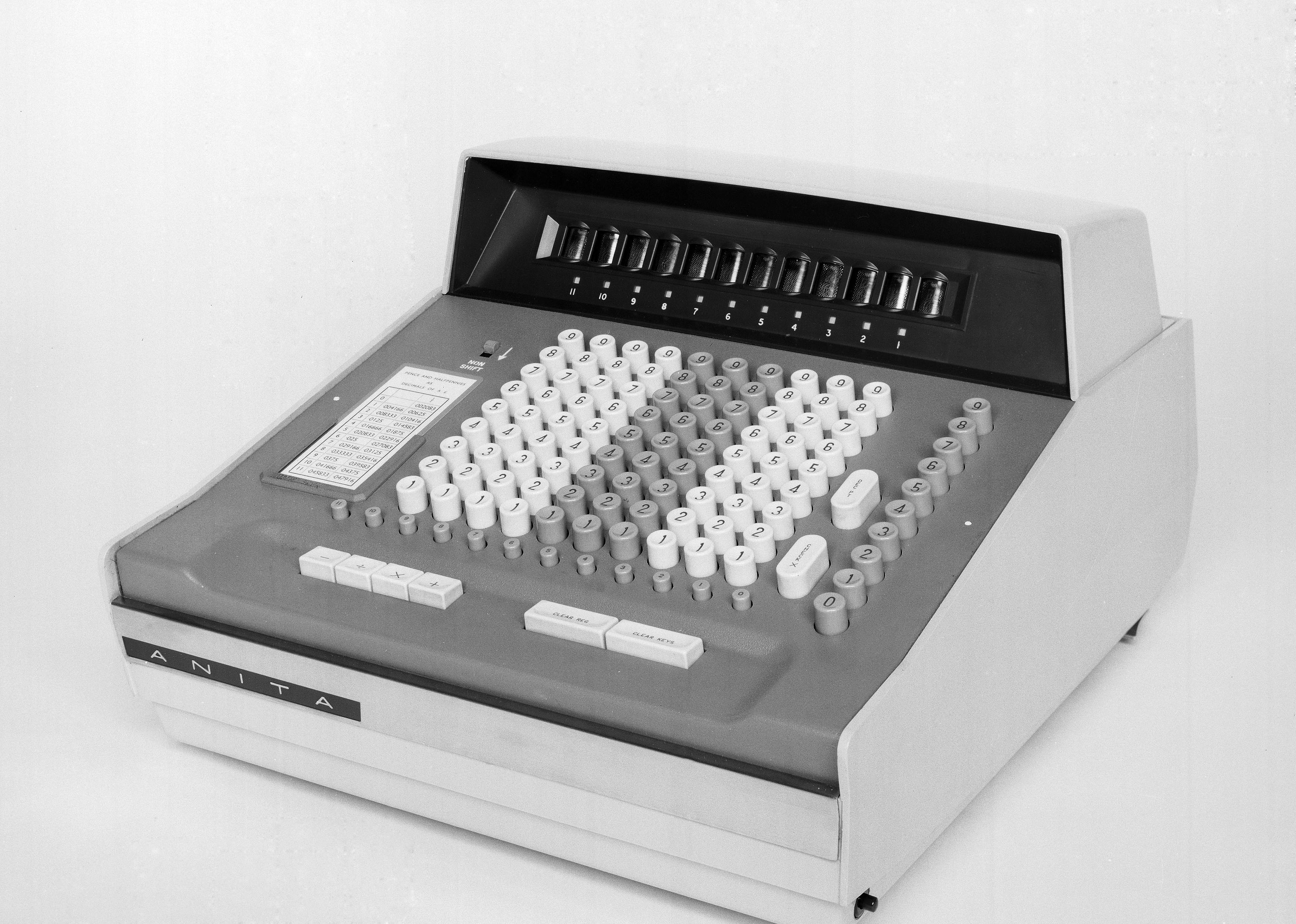 The Bell Punch Company was originally founded in Britain to produce ticket punch mechanisms for train conductors in the mid-17th century. Eventually, the company began adding machines to accompany its ticket punch and aid transit employees in calculating fares. That endeavor led it to produce ANITA (an abbreviation for "A New Inspiration To Accounting" or "A New Inspiration To Arithmetic"), which operated through the use of more than 800 compact vacuum tubes. 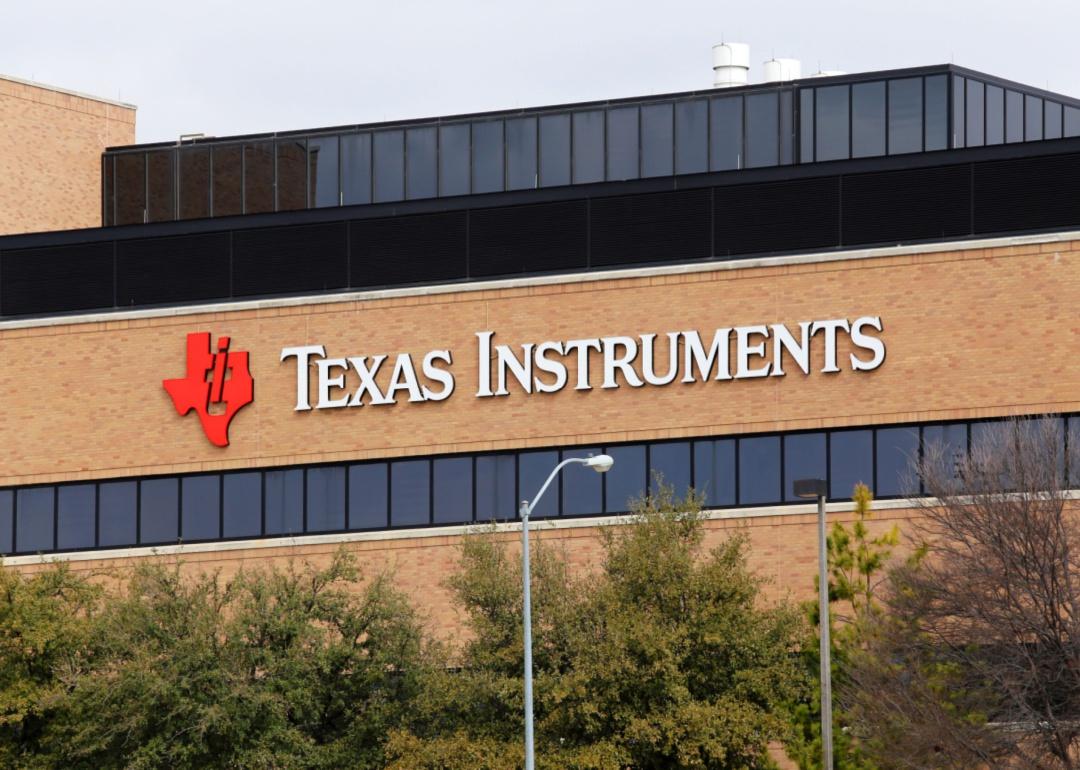 Texas Instruments made its debut on the calculator market with the TI-2500 Datamath single-chip calculator. The device could display up to eight digits and was intended for the regular consumer as opposed to many high-powered, but expensive calculators at the time intended for professional or scientific use. The TI-2500, which retailed at between $120 and $150, quickly became a household product. 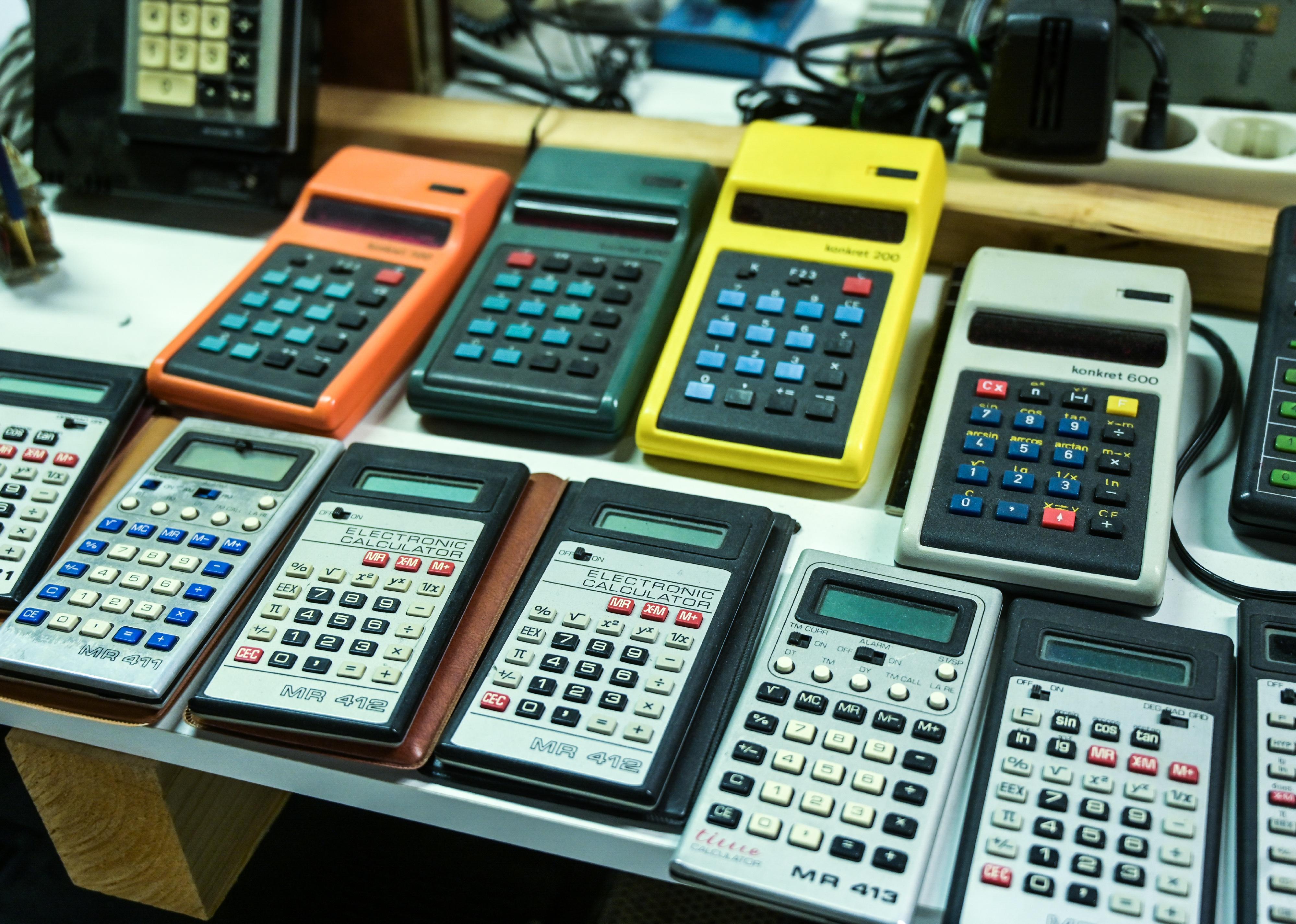 Though calculators had been getting smaller for years, the Busicom LE-120A, or "HANDY," was the first to be genuinely pocket-sized, as it fit inside a standard shirt pocket. This was made possible by the "calculator on a chip" developed by Mostek, which used a p-channel semiconductor process to replace 22 individual electronic chips with just one that fit in the palm of a hand. With its LED-display and die-cast aluminum casing, the HANDY was outside of a typical consumer's budget, retailing at $395. 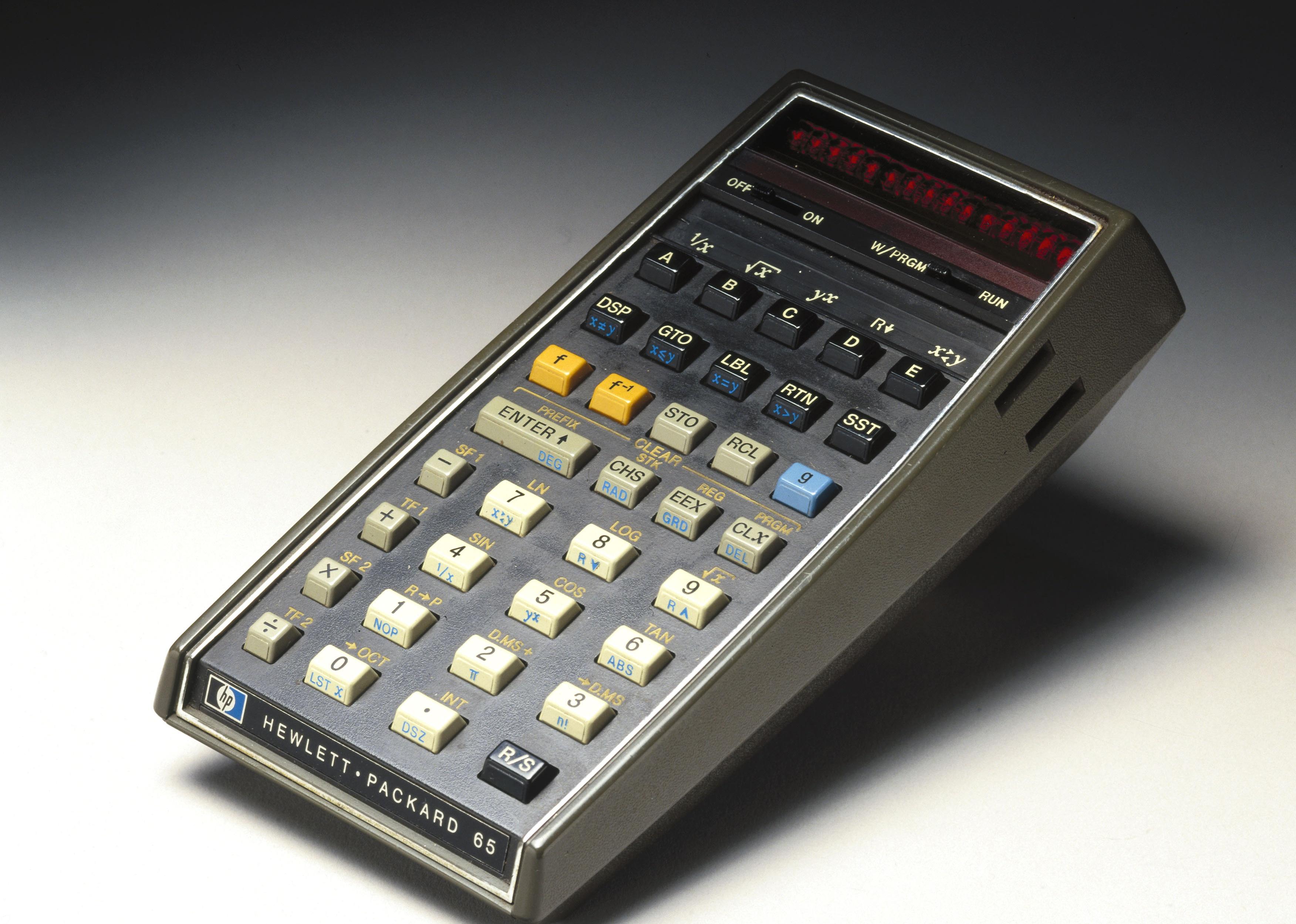 The HP-65 could not only add and subtract, but was a fully-equipped scientific calculator, capable of completing logarithms, trigonometry, and calculations outside of base 10. In addition, each key on the calculator could be programmed to have up to four different functions. To accomplish this, the HP-65 had a magnetic card reader/writer and was dubbed the "Personal Computer," though today that term is used for personal laptops and desktops.

1985: The first graphing calculator is launched by Casio 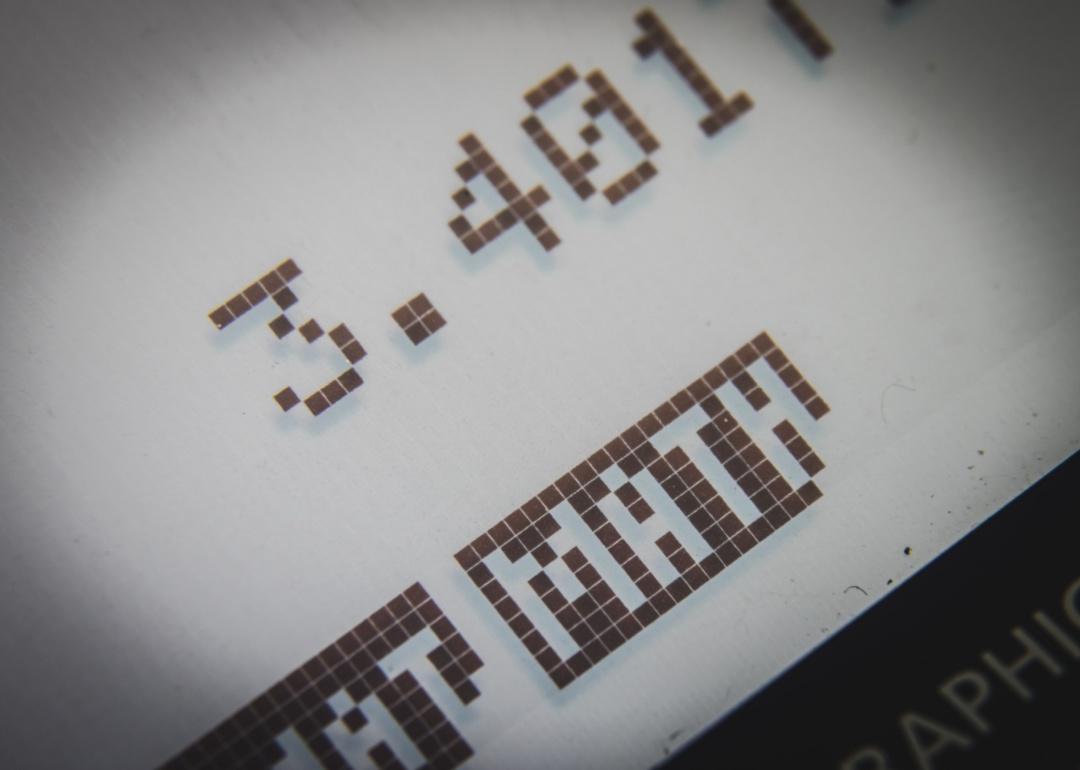 The fx-7000G by Casio was a huge leap in calculator technology because of the speed with which it could calculate functions and its enlarged screen. To graph a function, the calculator not only has to compute the output of one formula, but hundreds or thousands. The fx-7000G was so successful that modern graphing calculators still use the same handheld layout with a screen at the top and the buttons for input on the bottom.

1995: The first smartphone launches with a built-in calculator 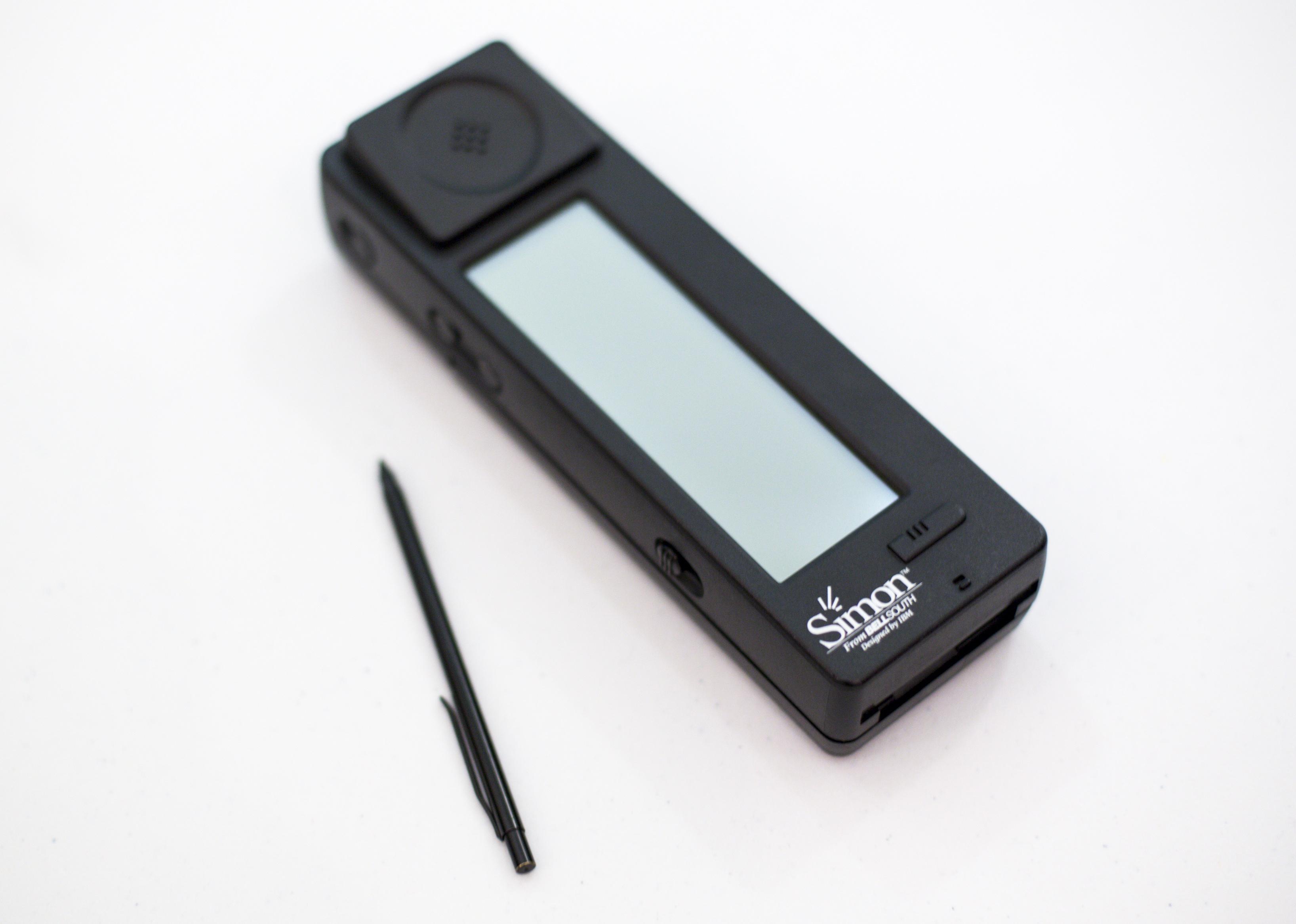 The IBM Simon was the first smartphone on the market and included a few built-in apps, like a sketchpad and calculator. Simon didn't do particularly well on the consumer market, in part because the battery life could be as short as one hour. Soon after Simon's launch, Nokia announced the advent of the flip phone, further casting IBM's smartphone into the dust.

2003: Sharp releases the first graphing calculator with a touch screen 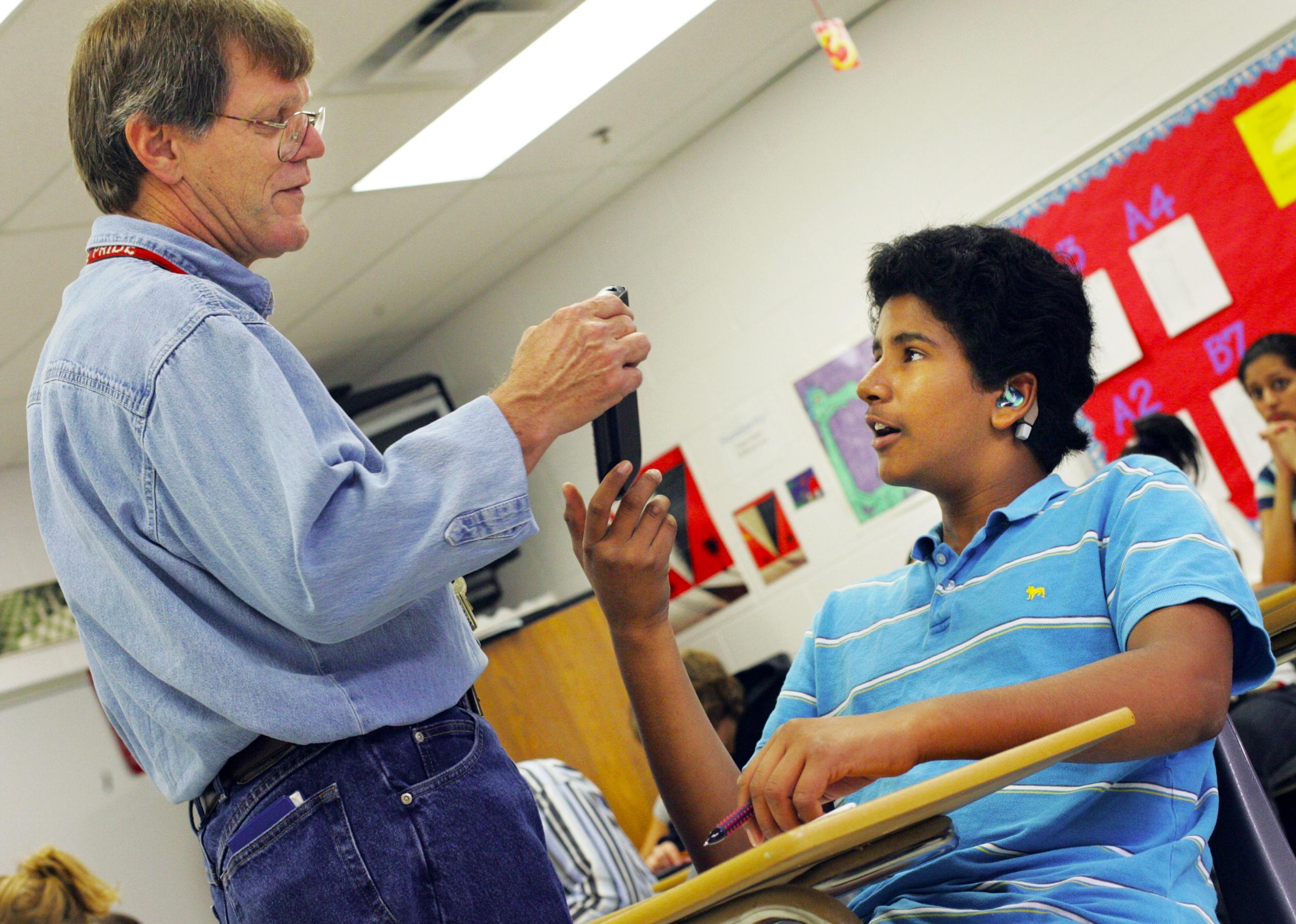 Despite the novelty of a graphic calculator with a touch screen, complete with a stylus, the EL-9650 was not successful as a product. Sharp primarily aimed the device at education professionals, providing slideshow functionality. This allowed teachers to use premade lessons to teach students directly from their calculators.

In the age of smartphones, smartwatches, and even smart fridges, it's difficult to impress the typical user with a calculator; however, the Casio PRIZM's color screen was a helpful addition to an already useful technology. Beyond the flashy colors, the PRIZM could also graph functions and provide their formulas based on pictures uploaded to its memory card, making the fun upgrade of a color screen far more interesting for mapping photographs and other images in full color. Taking after Sharp, Casio also provides a variety of educational materials for teachers to utilize in classrooms.

This story originally appeared on Gigacalculator and was produced and distributed in partnership with Stacker Studio.